PRESIDENT’S CUP NEXT STEP ON COMEBACK TRAIL FOR CONFIDENT LUTALO 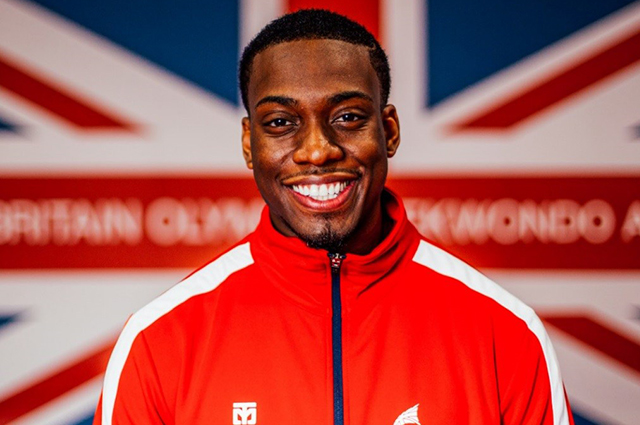 The 2012 bronze medallist and 2016 silver medallist is part of a formidable 19-strong GB Taekwondo competing at the World Taekwondo President’s Cup in Morocco this weekend.

Earlier this month Muhammad returned from a seven-month injury lay-off to take second place at the Sofia Open in Bulgaria.

“I am very happy to be back feeling good, injury free and doing what I love the most,” said the 26-year-old Londoner.

“But bear with me a little while,” says the Walthamstow Warrior. “I am still making a few tweaks, putting building blocks together because the back end of the season is when I want to be at my very best.

“This is the first part of the season when I need to keep grafting, keep getting good performances and I am sure it will bring dividends later in the season.

“I came back with a bang (in Bulgaria). It was a very close final and I came home with a silver medal. So, I am very happy with that.

“I am immensely confident in myself. I know what I have the ability to do and I am the best in the world.

“And whatever condition I am in, I am always ready to give a great performance.”

Double Olympic champion Jade Jones, who celebrated her 25th birthday earlier this month, is also in action for only the second time in 2018.

And Jones, the overall 2017 Grand Prix champion, does so at -62kg, stepping up alongside 2015 World Championship bronze medallist, Rachelle Booth, at -62kg.

The ‘Headhunter’ has been eclipsed since winning her second Olympic title in Rio by team mate Bianca Walkden.

The Liverpool heavyweight hasn’t stop winning since her disappointment of only landing bronze in Brazil.

She became the first and only Briton so far to win in the newly created World Grand Slam series and also added the Sofia Open crown to her collection earlier this month.

*There has already been one British success in Morocco through world champion, Amy Truesdale, who took silver at the African Para Taekwondo Open.

Amy reached the final of the +58kg division but lost to home favourite, Rajae Akermach. Team mate Matt Bush reached the quarter-final in his division.

Your email address will not be published. Required fields are marked *