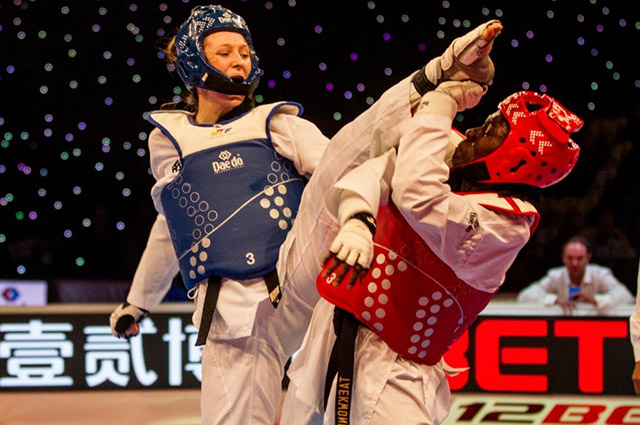 GB Taekwondo has announced a squad of 15 for the European Championships taking place in Kazan, Russia next month (May 10-13) including three athletes who won gold medals at the last event in 2016.

“In most categories, it was one of the easier selections we have had,” explained GB Performance Director, Gary Hall.

“We have had some outstanding performances in some very strong categories. So, it is good when it is like that.

“The likes of Christian McNeish has won five gold medals in a row while Bianca Walkden hasn’t lost for so long.

“These athletes are winning and winning big so it does make selection decisions easier.”

“It is a talented team all with their own goals and objectives,” added Hall. “We are really looking forward to the challenge ahead.”

“We took Jordyn on the World Class Performance programme a couple of months ago,” explained Hall. “Obviously, we don’t know yet if her junior success will transfer into being as successful as a senior.

“But we believe in giving young athletes a chance, and seeing what they have and how they rise to the challenge.

“Jordyn and Mason, I am sure are going to take their opportunities with both hands.

“Cho is sad to miss out because he was having a great season. But he has undergone the right level of treatment and we expect to see him back later on in the year.

“However, it is a great opportunity for young Jack to come in and put down a performance.”